DS1820 tempsensor via serial (or USB)

This project is an updated version of one of my earlier PIC-based serial port temperature sensor. The original PIC version only supported one sensor per data pin whereas this version uses the OneWire bus protocol to discover and read data from multiple sensors on a single bus line.

Since more and more computers don't have a serial port anymore I designed an add-on board to fit a cheap and simple 9600bps USB-to-UART Bridge (based on the CP2102 chip). I found some complete boards on Ebay for just AUD $2.95. Best of all, under Linux they don't require any additional drivers. For Windows drivers are required though (see links section below).

Once the code has been uploaded into the ATtiny85 it's simply a matter of attaching it to the serial port. Set up comms on the PC as 9600-8N1 (all flow control set to OFF). When a key is pressed the sensorboard will start querying all the sensors it finds on the OneWire bus and send out the acquired temperature back over serial. 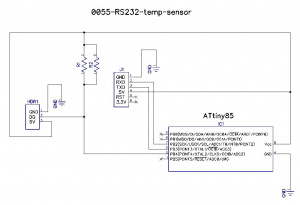 Maxim has released Application Note 148, a tutorial which mentions several techniques for attaching multple sensors to a microcontroller. The easiest and most reliable method is a linear topology where all sensors are fed from the same line.

All this does is send out a CRLF over the serial port and then listens for any incoming replies on same serial port.

This is a screenshot of the temperature graphs of some sensors around my house. They are all connected to a single board with about 15m of cable connecting them. 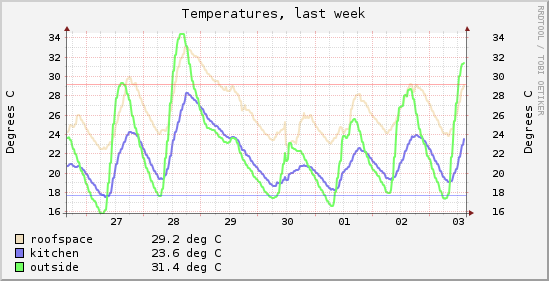 Here are some pictures of the prototype made on vero-board. A customised board will be designed at some stage. I will announce it here when that's ready. 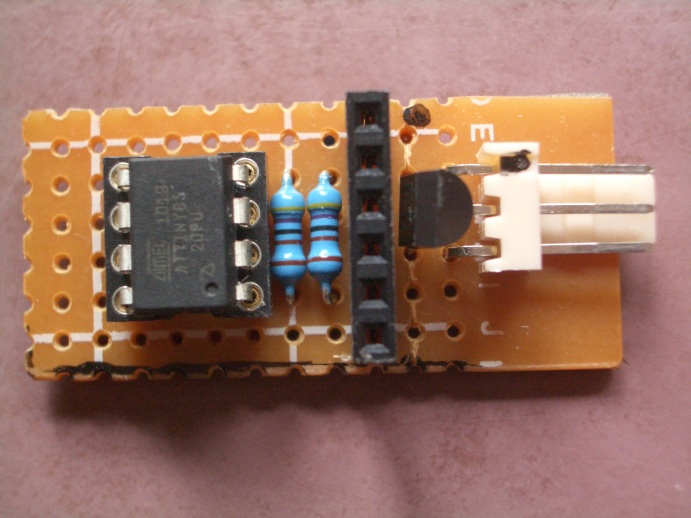 This is the top of the board. I'm using the Atmel ATtiny85 microcontroller for this. Adding a second resistor was a quick hack to lower the total resistance as I didn't get proper readings over 8m of flat ribbon cable with three sensors attached. The 6-pin female header strip fits directly over the serial-to-usb board. I also fitted one DS18S20 temperature sensor on-board but I noticed that the serial-to-usb chip is getting a little warm and it affects reading the correct ambient temperature. On the customised pcb I will remove this and only have the edge connector available for connecting temperature sensors. 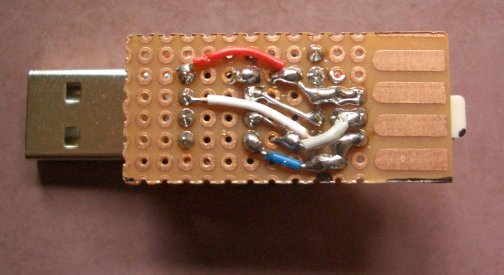 This is the copper side of the board. As you can see there's very little to it. NOTE: This board has a USB connector on it. That was the original idea, but since the adding of the USB code was probably going to be too big to fit all in the memory of the t85 I decided to use an external USB-to-Serial converter board. 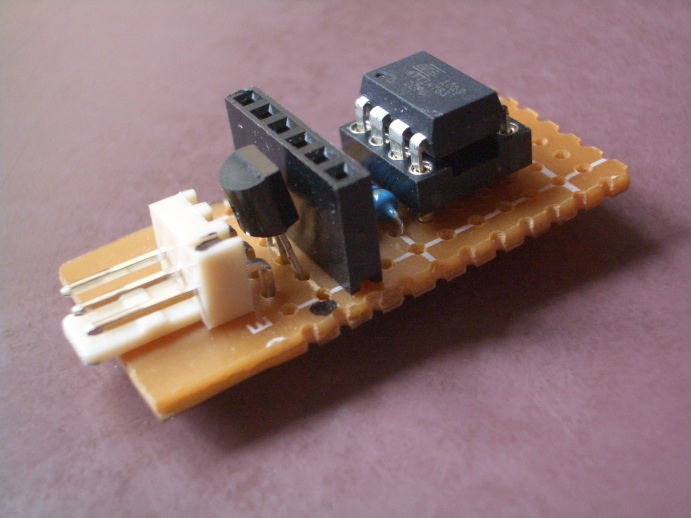 Side view of just the add-on board. 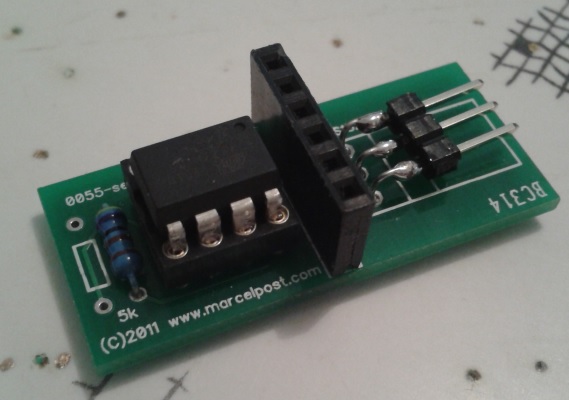 The serial-to-usb board was picked up cheaply from eBay. Here is a top-view of the board and it's main features. 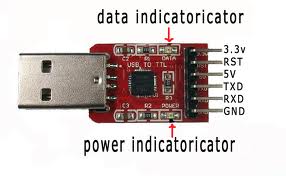 This board just plugs in to a standard USB port and presents itself as a virtual COM-port. It has a fixed transmission speed of 9600bps which is more than adequate for our purposes with this project. 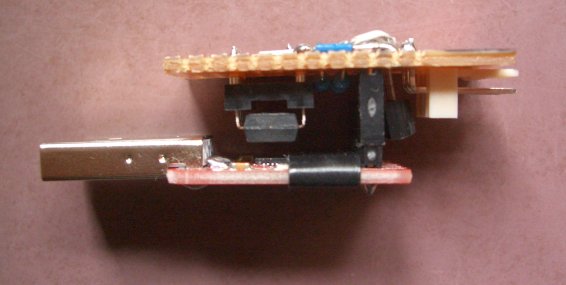 My add-on board upside-down on the serial-to-usb board. The thin strip of black insulation tape was put on to block the light of two bright LED's.