I wrote this page to properly get RC Receiver Failsafe working on my quadcopter.

Failsafe (in the world of Remote Controlled Planes and Quadopters) is the term used to describe techniques to prevent a device (e.g. the plane/copter or the transmitter) from damaging itself or its environment. Two common failsafe implementations are:

To prevent a plane from flying away when the RC transmitter signal is lost (e.g. when it goes out of range or when the transmitter batteries have depleted).

There is also the possibility that the RC receiver (on the quadcopter) has somehow lost the communications link between it and the flight controller. This could be due to a broken cable, a connector that slowly vibrated out of its socket, or maybe the receiver is stuck in a code loop. Even when the transmitter is still talking to the receiver, the received signals are not being sent to the flight controller anymore.

In both these scenarios (transmitter fail or comms between FC and radio are not working) we can instruct the flight controller to take action. In most cases we want actions to minimise any potential damage to the quad or its environment. The flightcontroller can do fancy things such as;

- gradually take the throttle down

- turn the motors off completely after 5 seconds

On this page I mainly focus on Receiver failsafe when the link with the Transmitter is lost.

Modern RC receivers often have failsafe features built in. This will allow certain values to be communicated to the flight controller whenever the link with the transmitter has been lost. With my Turnigy Evolution I configure these failsafe settings in radio's menu system and then store them into the receiver module when I bind with it. Binding usually only needs to be done once; both the radio and the receiver will remember their settings when powered off.

Below, we demonstrate the default behaviour when no failsafes are set, why just setting failsafe isn't enough, and lastly, the correct way to get the flight controller to detect Receiver Failsafe from a lost transmitter signal.

Step 1 - Reset Endpoints and Failsafes and demonstrate the problem.

In the transmitter settings, set:

- with the throttle at the minimum position, betaflight will read 1000

- betaflight will STILL show throttle at 1000.

- turn the transmitter back on

- the motors will continue to run, failsafe does not kick in.

Although this is default behaviour, it will not allow detection of a lost transmitter signal to the flight controller and could potentially mean your quad will fly out of control if the signal is lost.

In the failsafe menu, set the value for channel 3 to -100%. Notice how you cannot get the indicator bar any lower and into the left pocket.

picture of setting failsafe to channel 3 (throttle) at -100% 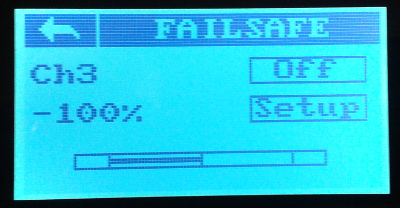 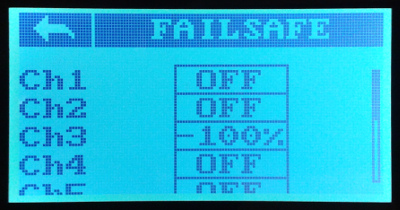 betaflight will show only 1000 as the minimum, still not good. 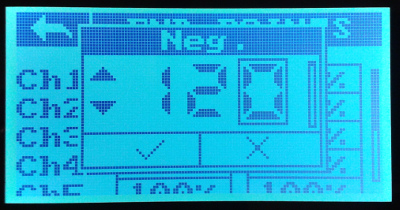 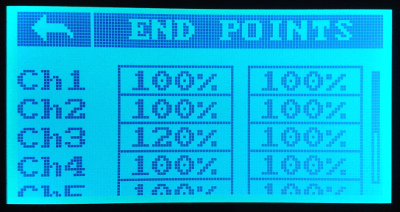 Enter failsafe menu for ch3. Notice how the indicator bar has now moved into the left-most pocket.

picture of the endpoint showing the original -100% 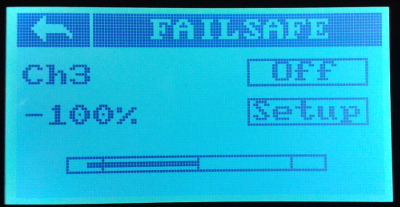 picture of the endpoint showing the new -120% value after briefly moving the throttle stick up and back down again. 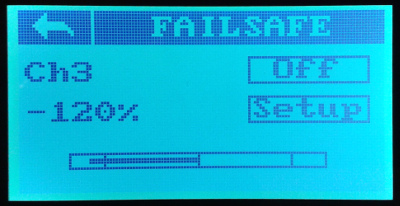 Betaflight shows 900 with transmitter on

turning transmitter off, leaves value at 900 (almost there)

- now enter endpoints menu and set back to 100%

- betaflight will show minimum value with transmitter on at 1000

- raise the throttle somewhere just above 1000

- failsafe settings: set minimum length above the 900 (or whatever minimum value you had) but below 1000.

- usually somewhere around 980 is fine.

- save in betaflight and reboot flightcontroller

- failsafe kicks in, cuts motors and does whatever is configured as failsafe actions

Do not bind the receiver again, as this will reset the endpoints!!!