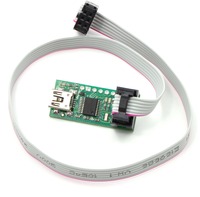 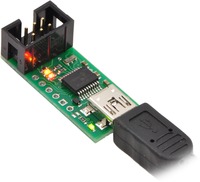 The device can be ordered from Pololu or RobotGear and probably from many other places too.

Here's a direct link to the Pololu website for the Pololu USB AVR Programmer. 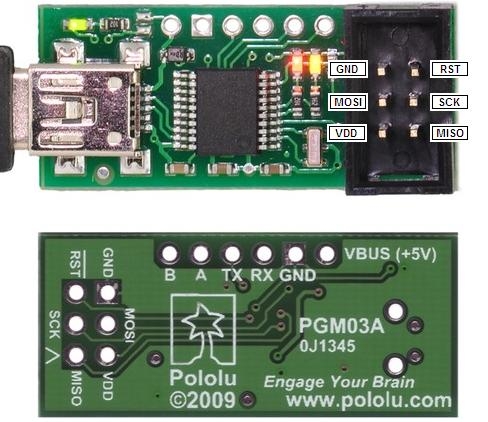 In some of my circuit boards designs I include a set of header pins so I can easily program the MCU using the Pololu programmer and the 6-lead ribbon cable that's provided with it.

Here's an example for an ATtiny85 project:

The complete board (an I2C-based LCD board). 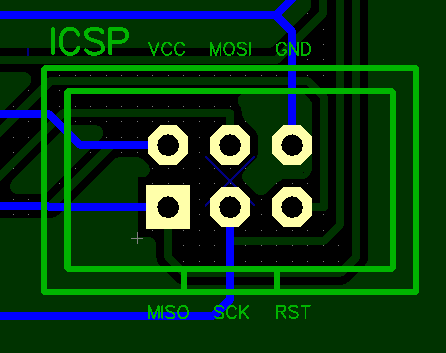 Detail: just the ICSP pins on the PCB design. 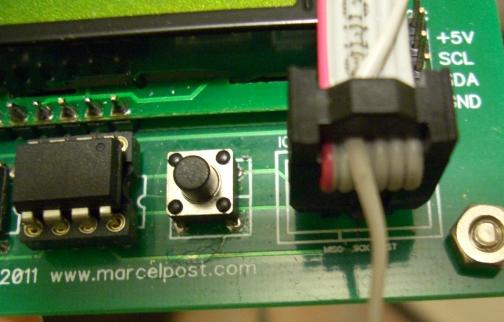 What it looks like once the board is made.