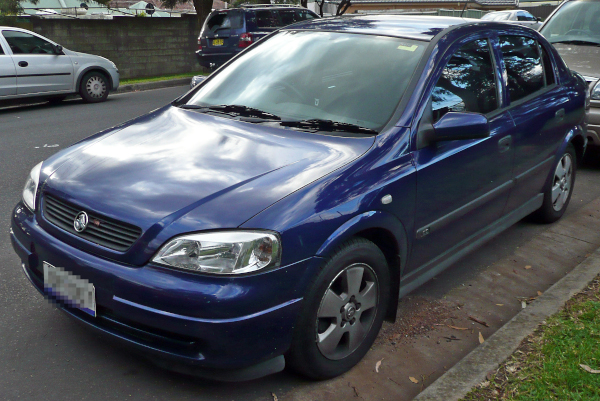 Funnily enough, there are even three pages on Wikipedia, each for a particular market: 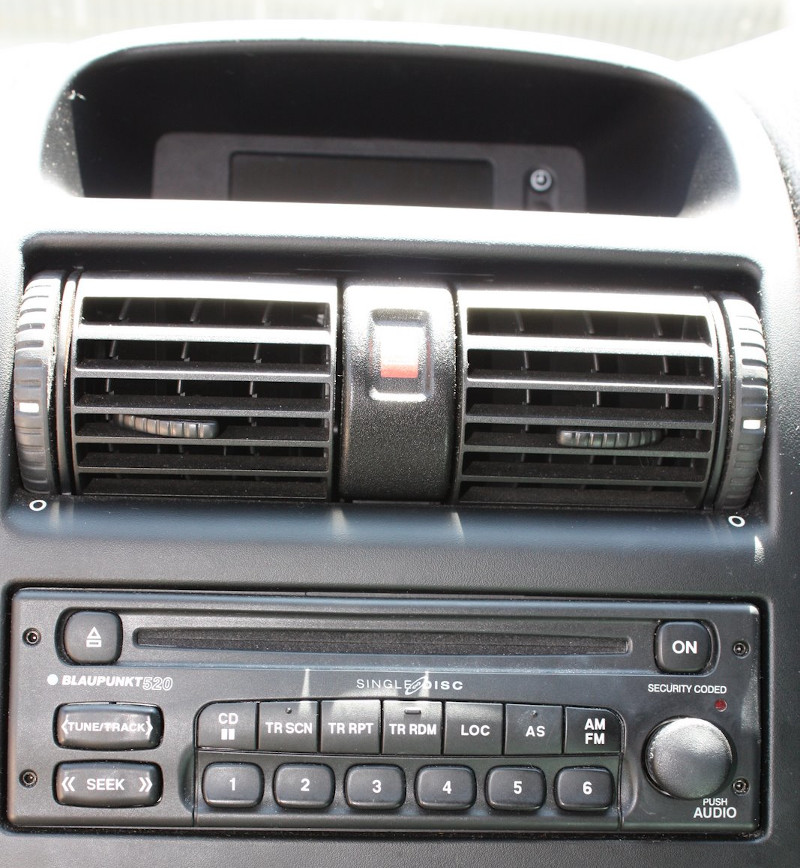 This couldn't be a fuse or so because the radio and all the controls still worked; it was just very very quiet. Since the symptoms were the same when either listening to CD or radio I assumed that the fault was in the final output power amplifier.

The security code is important because it locks down the radio if the battery power is removed. I knew our radio's code but that didn't help for this other radio as a unique code is programmed inside each radio. Change the radio and you'll need a new code. There are usually ways to recover (or maybe reset) the code through the official car dealership, e.g. in case you've lost your code or bought a car without knowing the code from the previous owner. 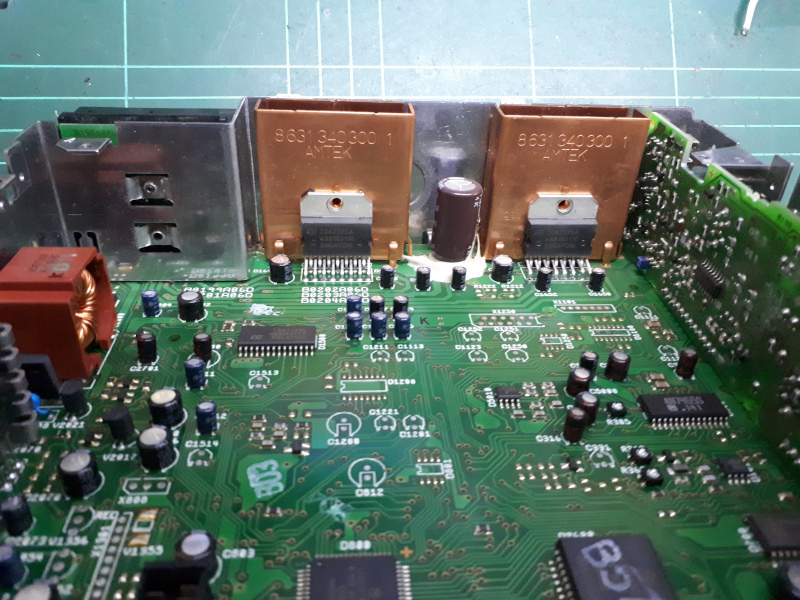 Standing up vertically, on the right side is the AM and FM radio module, but apart from that there was no easy swapping of modules that could help me repair the original radio with the one I just bought.

At least I now knew that these were indeed the chips responsible for the final output Power Amplifiers and that the 'easiest' fix was to swap them over from the eBay radio (assuming that the PA chips in the Ebay radio were still good). I could have bought two new chips from Mouser, but I wasn't 100 per cent sure that the problem was indeed these chips. The most cost-effective way was just to salvage the chips from the eBay radio. This also meant that I didn't have to chase up radio codes as all I was going to do was replace the amplifier chips. 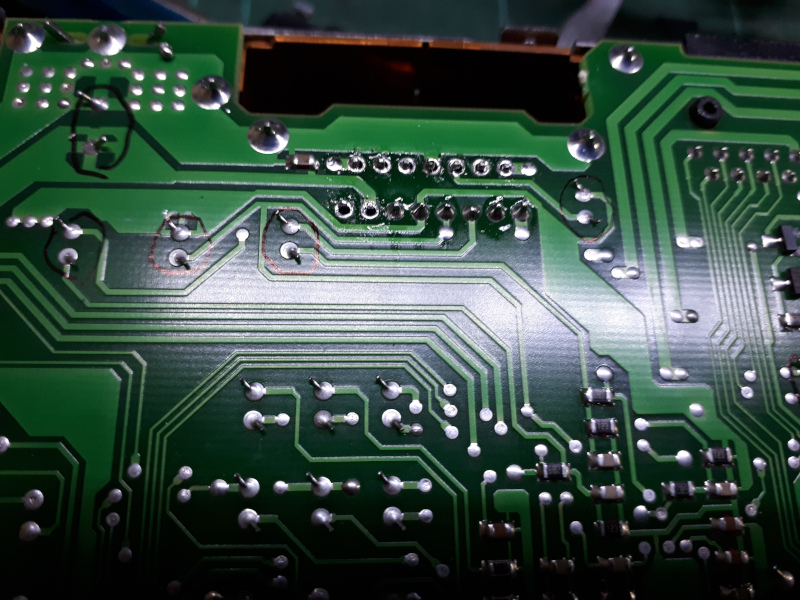 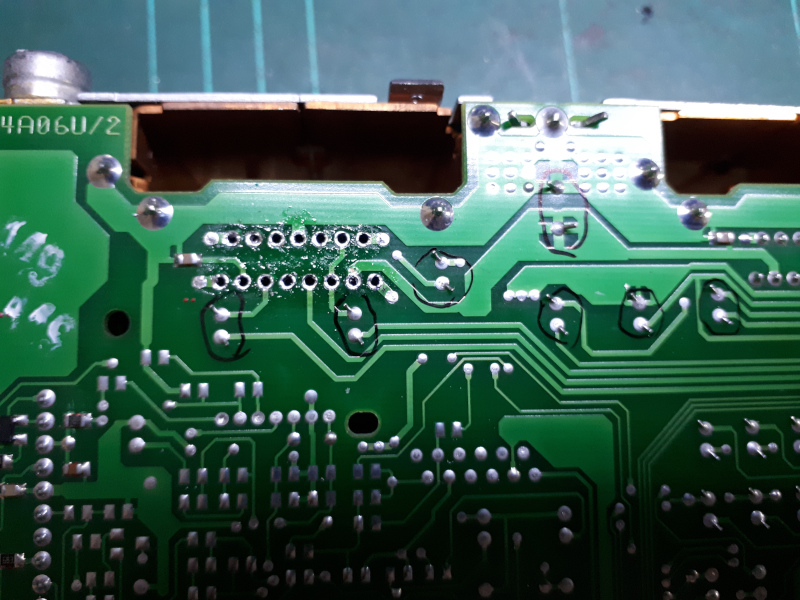 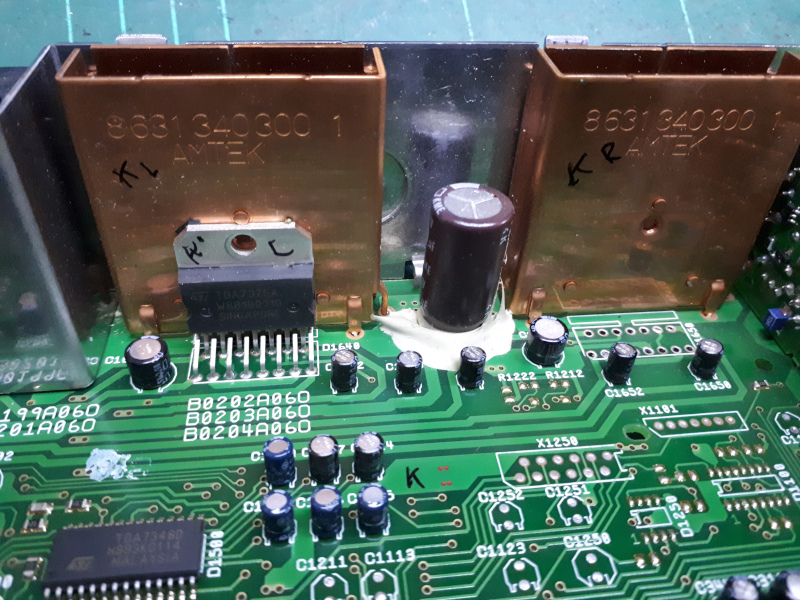 Rinse and repeat until both chips from both radios are unsoldered. 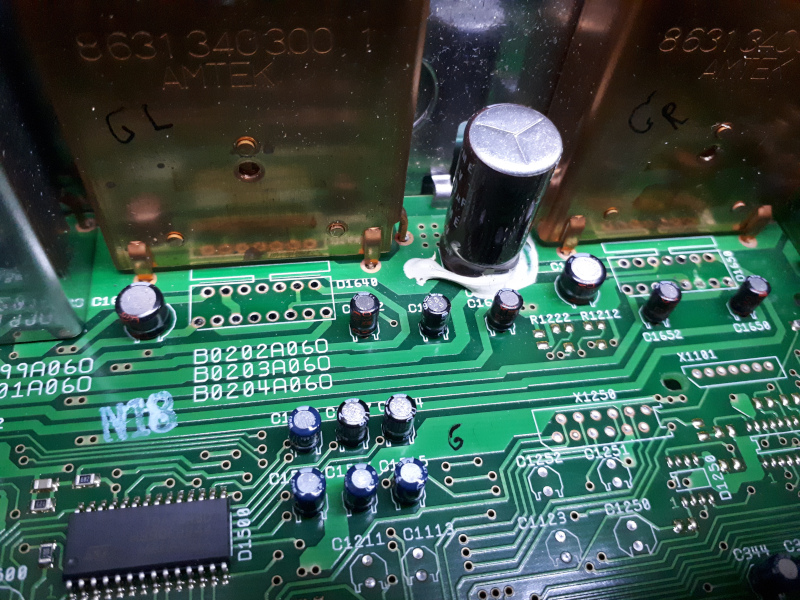 Finally! Both chips are unsoldered and ready to be swapped. 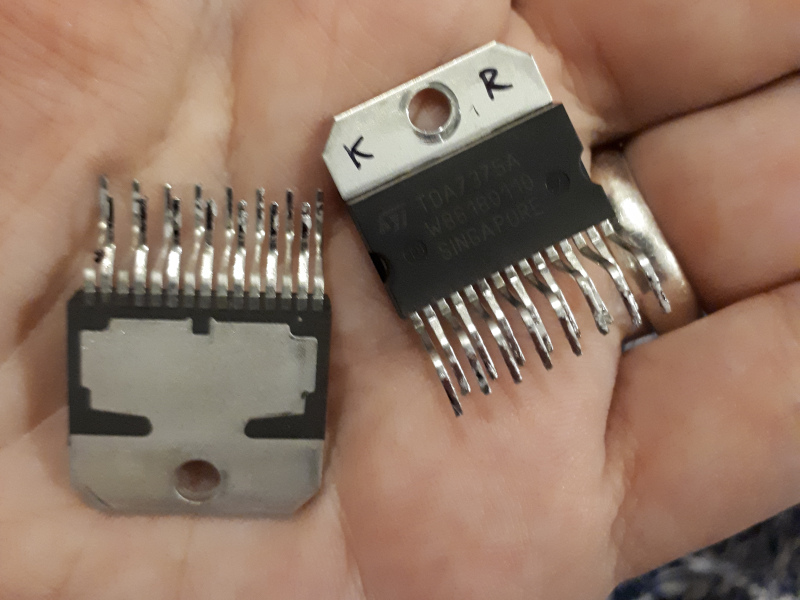 The holes in the circuit board were clean enough for the replacement chips and after re-soldering them in place I began assembling the radio back together again.

I slotted the radio back into the car dashboard and the moment of truth came..

As expected, the clock-display in the top console asked for 'RADIO CODE - - - -'. I entered the radio code and it was accepted. So far so good.

I then turned on the radio to an FM station and... IT PLAYED SOUNDS THROUGH THE SPEAKERS!! YAAAY!!!

This is a very good outcome.

Apart from the frustration of talking to Holden dealers and the realisation that Blaupunkt doesn't make it easy for their radios to be re-used (even in identical cars!), it took me a few hours to do the soldering.